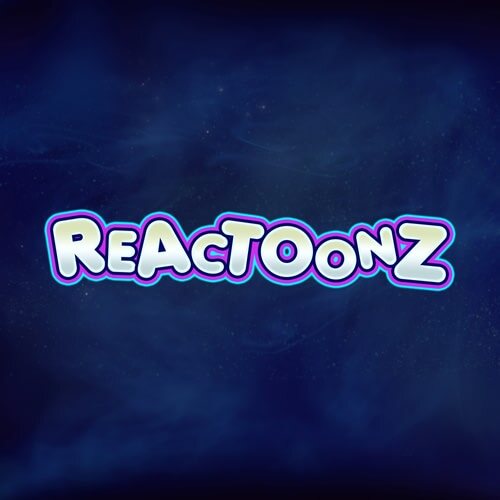 Reactoonz is a cute and adrenaline-charged cluster slot that uses a cascading game engine, which means that you can win multiple times for each spin. It’s played on a 7×7 grid with new symbols dropping all the time, making it one of the most fast-paced slots.

Reactoonz is a pretty low variance game, so it pays out often, but most of the prizes are fairly low. You can get started with Reactoonz for a minimum bet of 20p, so it’s a good choice for beginners.

If you’re looking for fast fun, Reactoonz is a perfect choice. It uses an alien theme, with lots of weird and colourful faces filling the reels. As you create lines of matching alien symbols, they disappear, making space for new ones to drop into their place.

It’s compelling to watch the new icons appear, and you’ll find yourself scrambling to spin and respin to keep the action going.

Reactoonz is an ideal choice for cautious gamblers who still want the chance to win big, thanks to the cascading wins. The minimum bet is just 20p, and many experienced players often walk away with 300x their stake.

Unlike a classic 5-reel slot, there are no fixed paylines; you just need to keep on creating horizontal or vertical lines of 5 matching alien heads, with crazy Gargantoon wilds that help you win more often, and Giantoon multipliers that double your winnings.

Although most of the payouts on Reactoonz are quite low, there are worthwhile prizes to be won. The ultimate jackpot, which you can only score if you get a winning 16-symbol combination, is 4,570x your stake. So, if you place the highest bet of £200, you’ll be walking away with plenty of cash.

How To Play Reactoonz Slots Game

Reactoonz looks chaotic and hard to master, but actually, it’s one of the simpler slots games to play once you’ve grown used to the cascading style. Here’s how it works:

Remember that this is a cascading slot game, so there are no free spins.

Another way that Reactoonz is different from classic slot games is that you won’t find any bonus rounds. Instead, the quantum features are there to help you win more.

To match the buzzing alien invasion theme, the 8 main symbols and the wilds are all different-coloured aliens, some with one eye, and some with two. The one-eyed aliens have a lower value than the two-eyed ones. Interestingly, when you have 4 matching symbols in a square, they’ll combine and form into a double multiplier to boost your winnings.

The most interesting features of Reactoonz are the 4 quantum features, which take the place of bonus rounds and are triggered whenever you fill up a charge metre:

Once you’ve charged all 5 Quantum meters, you’ll unlock the Gargantoon, which is a huge 3×3 wild that only adds to your winning combinations. If you don’t win from that spin, it can transform into between 4 and 8 wild symbols scattered across the grid, which is called the instability feature.

Another unique feature for Reactoonz is Fluctuation, which marks a random low-value symbol as the fluctuating symbol. If you include this one in a winning combination, it will transform into 2 wilds.

Reactoonz is a thrilling and compelling game to play, whether you’re looking for some entertainment or hoping to win. The only way to score higher payouts is to make the most of the wilds and try your best to get to the Gargantoon.

But be warned: Reactoonz is a volatile game, and you can suddenly find that all your progress disappears just when you thought you were ahead. That’s why you should make sure to only bet an amount you can afford to win and to walk away when you reach your limit.

Reactoonz comes from Play’n Go, who already has a well-earned reputation for making fun and captivating video slots. Other Play‘n Go slots that you might have enjoyed before include Inferno Star, Mahjong 88, Crystal Sun, and Golden Colts.

You’ll find that Reactoonz has crisp graphics, although the background music sounds kind of synthetic. Some Play’n Go games offer truly immersive and other-worldly video journeys, but Reactoonz isn’t one of them. It’s a simple and fun playing experience that can pay high and keeps you coming back for more.

Play’n Go was one of the first slot game developers to recognise and embrace the power of mobile for the online gaming experience, so it’s no surprise to find that Reactoonz offers a fast and responsive game no matter what device you use. Play’n Go games are developed using Flash and HTML5, and unlike most casino game providers, they test their games on Blackberry and Windows mobile devices as well as on the standard Android and iOS options.

Does Reactoonz have a bonus round?
No, Reactoonz doesn’t have a bonus round. Instead, it has Quantum Features that boost your winnings.
How much does it cost to play Reactoonz online?
The minimum stake for Reactoonz is just 0.20 coins, and you can slide that up to 200 if you want to bet high.
What is the highest-scoring symbol on Reactoonz?
The pink alien is the highest value symbol.
What is the maximum win on Reactoonz?
You could walk away with up to 4,570x your stake.